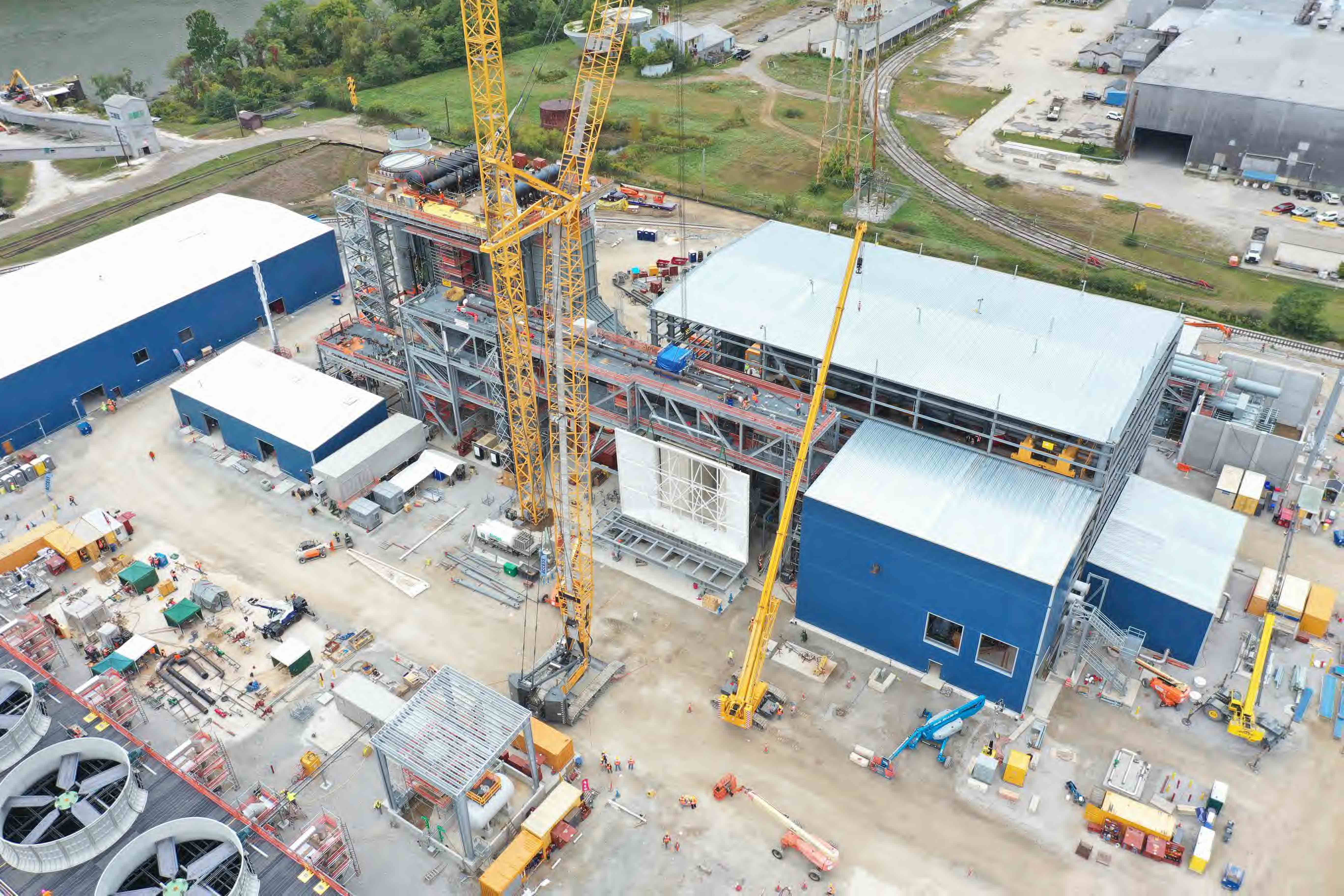 Long Ridge Energy Terminal, a 485 MW combined cycle power plant in Ohio, will transition to run on hydrogen as soon as next year. The company announced a partnership with GE and New Fortress Energy to achieve the goal. The plant will blend hydrogen in the gas stream and transition the plant to be capable of burning 100% green hydrogen over the next decade. Commercial operations are planned for November 2021.

Long Ridge will be the first purpose-built hydrogen-burning power plant in the United States and the first worldwide to blend hydrogen in a GE H-class gas turbine.

The plant utilizes a GE 7HA.02 combustion turbine, which can burn between 15-20% hydrogen by volume in the gas stream initially, with the capability to transition to 100% hydrogen over time. Long Ridge has engaged Black & Veatch to assist with developing plans for the plant integration for hydrogen blending and to ensure safe and reliable industrial practices.

To support a green hydrogen transition, Long Ridge is teaming with NFE’s new division, Zero, which is focused on investing in and deploying emerging hydrogen production technologies to meet zero emissions targets.

Combined with Long Ridge’s proximity to large scale storage, the plant will be capable of supporting a balanced and diverse power generation portfolio in the future; from energy storage capable of accommodating seasonal fluctuations from renewable energy, to cost effective, dispatchable intermediate and baseload power.