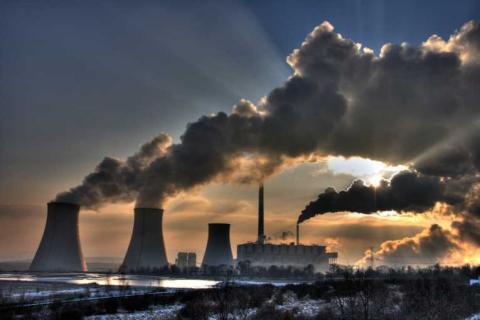 The Department of Energy, in partnership with NRG Energy Inc. and JX Nippon, recently announced that construction has begun on the first commercial-scale post-combustion carbon capture retrofit project in the U.S.

The Petra Nova Project will use this cutting edge technology to help decrease the power plant’s greenhouse gas emissions.

Mitsubishi Heavy Industries, Ltd. (MHI) will provide the post-combustion CO2 capture system, which will capture CO2 from flue gas from an existing coal-fired power generation plant. With a CO2 capture capacity of 4,776 metric tons per day (mtpd), the system is designed for the enhanced oil recovery (EOR) project in Texas and is slated for completion in the fourth quarter of 2016.

Once completed, the energy technology project will capture about 1.4 million metric tons of carbon dioxide (CO2) annually. The captured CO2 will then be used to extract additional, hard-to-access oil from a previously depleted field 80 miles away, safely storing the carbon underground in the process.

Originally conceived as a 60 MW capture project for which they received $167 million in support from the Department, the project sponsors expanded the design to capture emissions from 240 MW of generation at the Houston-area power plant, quadrupling the size of the capture project without additional federal investment.

The EOR project involves the separation and capture of CO2 from flue gas emitted from Unit 8 of NRG’s WA Parish generation station, a coal-fired power generation plant, located approximately 60 kilometers southwest of Houston, Texas, and injection of the CO2 into nearby West Ranch oil field, to boost crude oil production.

The Petra Nova Project uses a process previously deployed in a DOE-sponsored 3-year pilot-scale test in Alabama where it successfully captured more than 150,000 metric tons of CO2 per year from a coal power plant. With this capture rate, coal-fired power generation would have a greenhouse gas footprint much lower than that of a traditional natural gas-powered plant.

After compressing and transporting the captured CO2 via pipeline, the greenhouse gas will be used to displace previously unreachable oil. Once the oil is separated from the CO2, the greenhouse gas will be injected back into the underground oil field for permanent storage. Carbon dioxide has been successfully used since the early 1970s to safely bring up more oil from reservoirs previously considered to be uneconomic for further production.

Secretary Ernest Moniz said the Department is advancing technologies that will help ensure development of the abundant energy resources responsibly and sustainably. “With coal expected to remain a significant part of the energy portfolio in the U.S. and internationally, first-of-a-kind projects like Petra Nova will move us toward a low-carbon energy future.”

MHI will license CO2 capture technology to Petra Nova CCS I through MHIA. The MHIA/TIC consortium will undertake engineering, procurement and construction (EPC) of the CO2 capture system and its ancillary facilities.