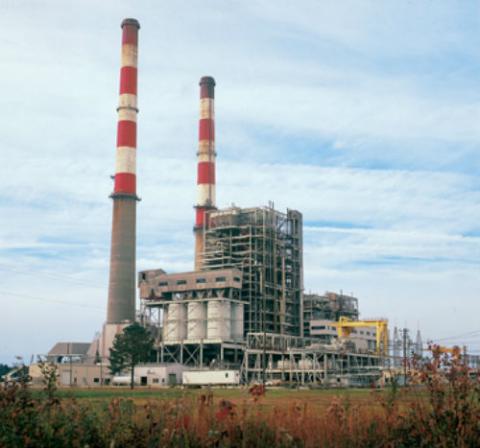 Duke Energy’s Sutton combined cycle plant will soon be completing its first ‘steam blow’ in Wilmington, according to a recent press release. The natural gas plant, which is expected to begin full commercial operation by the end of the year, will conduct one of its necessary start-up processes, weather permitting, on August 28.

(The plant eliminates the need for coal disposal, which is a large environmental concern)

A ‘steam blow’ is the process of cleaning the tubing of the 100-foot boilers. Dirt and rust can reside in the tubes from initial construction and manufacturing, and can result in serious equipment damage if not ‘blown’ away.

The ‘steam blow’ is said to be a big milestone for the Sutton combined cycle plant, which began construction in March of 2011 and is being created, in part, to replace its seven coal plants that are being closed in North Carolina by 2017. When the plant begins commercial operation scheduled for December, it is expected to simultaneously shut down three of its coal plants in at the Sutton Complex, according to the press release.

The switch to natural gas is part of an initiative by Duke Energy to move away from fossil fuels and move toward a cleaner form of energy, natural gas. The cycle plant eliminates the need for coal disposal, which is a large environmental concern caused by the former coal plants.  The waste left over from the coal plants is placed into an ash basin or ‘ash pond.’ According to the Sierra Club, these disposal grounds contain many pollutants including heavy metals and are a high concern for environmentalists and activists because of the possibility that these contaminants might seep into our water supply and contaminate it.

Duke Energy stated in a press release on August 20 that it “will close these basins according to state and federal regulations, once scientific and engineering studies are complete.” The ‘steam blow’ is the last major milestone for the cycle complex before commercial operation begins in December. It is the second major milestone since construction began in 2011 after the first fire of combustion turbine units occurred in July 2013. The entire project is expected to be completed in April 2014, as stated in the company’s press release.