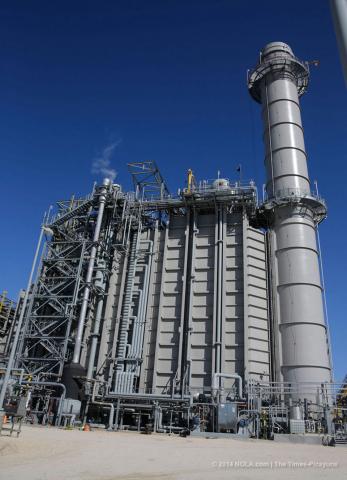 Entergy Corp. has recently started up of a new $655 million natural gas-fired unit at its Ninemile power plant in Westwego, the utility’s first newly built generating facility in Louisiana in 30 years. The 560-MW plant is located at the utility’s West Bank facility Ninemile Point, which first began operating in the 1950s.

The new unit, known as Ninemile 6, replaces the two oldest units at the facility, which have been retired, while producing a net increase in power generation, Entergy officials said. The new unit, which began operating on Dec. 24 last, is owned by subsidiary Entergy Louisiana. Under an agreement, Entergy Gulf States Louisiana will buy 25 percent of the power, and Entergy New Orleans will buy 20 percent.

Entergy officials tout Ninemile 6 as an energy-efficient example of the company’s ongoing efforts to modernize its generation fleet. The new unit is a combined-cycle gas turbine, which uses one fuel source to power two generators. Older gas-fired plants use natural gas to boil water and create steam, which spins a turbine to produce electricity, using one fuel source for one generator.

The Ninemile 6 unit starts with natural gas fueling a combustion turbine, similar to a jet engine, to produce electricity. The heat from that turbine is captured in a heat-recovery steam generator, which in turn fuels a steam turbine generator to produce additional electricity. The combined-cycle process uses 30 percent less fuel than existing natural gas units, according to Entergy.

Entergy officials said the project came in $66 million under its original $721 million budget for construction. The unit is expected to cut fuel costs by $50 million this year and $69 million next year for New Orleans and Louisiana customers. With $100 billion in industrial expansions planned or underway in Louisiana, Entergy is anticipating that demand for electricity to increase by as much as 1,600 MW by 2019.