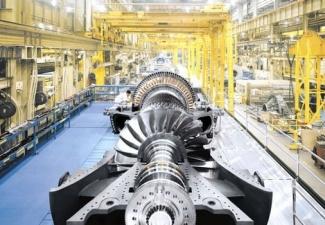 GE to supply natural gas-fired systems worth $1.9 billion to Algeria

The first $1.9 billion agreement is with Societe Algerienne de Production de I’Electricite, to provide equipment and services for six new combined-cycle plants. Together, the plants will generate more than 8 GW of electricity. The plants are expected to begin simple-cycle duty in 2015 and combined-cycle operation in 2017. GE also announced a plan for a long-term joint venture with Sonelgaz for the development of a new production facility in Algeria that will eventually produce more than 2 GW of electricity.

For the second agreement, GE delivered its aeroderivative gas turbines to help the country meet its 2013 summer electricity peak demand. As part of the third agreement, GE received an order for more than $150 million to supply power generation equipment to SPE Spa for the Hassi R’mel simple-cycle power plant that will add 370 MW of power to the grid.