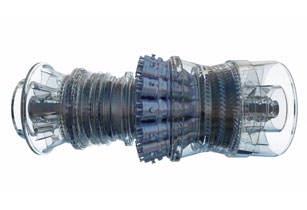 PP12, with eight units, is expected to add 33GW to Saudi Arabia’s power capacity. The first four of the eight 7F.05 gas turbines installed at PP12 have provided a consistent baseload to the Kingdom, stated GE officials. The remaining four units are expected to begin operation by early 2015. Once fully functional, the eight units at PP12 would provide a combined power of 2,000MW, sufficient to cater to two million homes, added officials.

The functional four gas turbines are operating in simple cycle at full baseload on distillate fuel. The plant would operate on natural gas and in combined-cycle mode in early 2015. The turbines are fuel-flexible i.e. they can work on natural gas, distillate or even Arabian Super Light crude.

Ziyad M Alshiha, president of GE, said, “PP12 will enable us to provide the additional electricity needed to support Saudi Arabia’s ongoing economic growth. We are very pleased to be the first to operate GE’s latest technology and expect GE’s advanced technology to provide reliable power to residents and industries throughout the Kingdom for many years to come.”