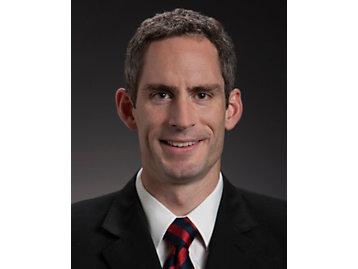 Caterpillar’s Board of Directors has named Pablo Koziner, 41, currently vice president with responsibility for the Americas Distribution Services Division, as a Caterpillar vice president and the president of Solar Turbines, a global supplier of gas turbine systems and services. His new appointment is effective January 1, 2015.

The appointment followed the previous announcement that Tom Pellette, currently a Caterpillar vice president and president of Solar Turbines, will assume new responsibilities as group president for Construction Industries.

Koziner, who grew up in Buenos Aires, Argentina, joined Caterpillar’s Legal Services Division in 2001 as an attorney within the organization’s Latin American Commercial Division, based in Miami, Florida. In 2005, he assumed the position of Power Systems regional manager in Monterey, Mexico, with responsibility for Caterpillar’s Electric Power, Petroleum, Marine and Industrial engine businesses.

In May 2008, Koziner was named district manager for Caterpillar’s Latin America Commercial Division, based in Santiago, Chile. In 2011, he was promoted to the position of east region manager in the Americas Distribution Services Division, based in Peoria, Illinois. In October 2013, the Board of Directors named Koziner vice president with responsibility for Americas Distribution Services Division.

Koziner graduated from Boston College in 1995 with a bachelor’s degree in political science, and holds a Juris Doctorate degree from Boston College Law School. Jim Umpleby, Caterpillar group president with responsibility for Energy & Transportation said, “In his current role, Pablo has been driving several initiatives to improve the way Caterpillar and its dealers in North and South America work with and support our customers. Pablo’s leadership skills and customer focus will serve him well in his new role.”