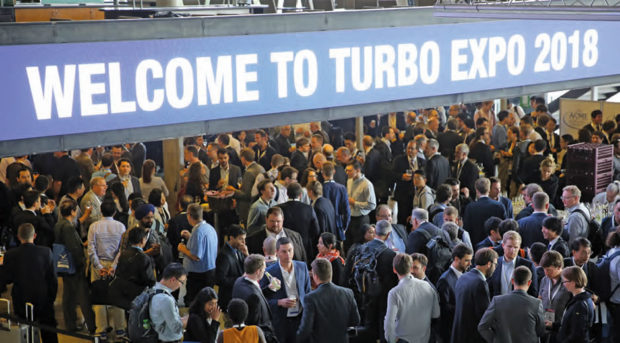 Within that packed program, some of the standouts sessions were about duct firing, inlet air filtration and using aeroderivatives in LNG applications. They were delivered by speakers from Watson Cogeneration, Bechtel and EPRI. They provided tangible advice to plant operators and maintenance personnel about how to improve operations, boost power output, save money and select equipment.

A total of 720 12¾ inch diameter, 40inch long filtration elements are placed inside each inlet air intake of four GE Frame 7EAs at the plant. The right choice of filter can reduce costs on many fronts. With so many filters per gas turbine (GT), the need for regular replacement mounts up. But more importantly, loss of power can hurt profitability. The wrong filters will let particulate through and that can lead to the deposition of tiny particles inside the compressor.

“Fouling of the compressor due to poor filtration can lose a lot of power,” said Ingistov. “If you try to save money on filters, it can cost you a lot more in the long run.”

Offline water washing may solve most fouling issues. However, a machine might be down for up to 16 hours while it is being done. As plants, such as Watson Cogen, provide steam and power to a refinery, downtime is expensive.

Another factor to consider in filter selection is location. Watson Cogeneration is situated by the coast in an area subject to fog. The presence of fog and rain swells the pleats in some filters. This causes a sharp rise in intake air pressure as there is less area for the air to pass through.

Both lab testing and field testing must be done, said Ingistov, to see which filters are best. Filter selection based on one parameter, such as filter efficiency or pressure could easily lead to an incorrect choice. It requires a look at all parameters to fully understand which filters to choose.

For example, statically precharged filters may initially operate well. But tests showed their efficiency drops rapidly after a few months of operation. Buying precharged filters without testing their effectiveness once the charge diminishes could lead to an expensive mistake, he said.

Ingistov went to great lengths to test four types of filters to see which would be best for his facility. He conducted a series of tests, including dry and wet tests as well as lab and field tests.

“Within 30 minutes, pressure soared on two of the filters due to the presence of water,” said Ingistov. “Only one filter performed well on the 3hour deluge test.”

As a result of these tests, Watson Cogen changed filters. The results are tangible. From having to shut down to clean a compressor every month, the plant now only needs to conduce offline water washing once per year.

Filtration economics
The filtration theme continued with a look at economic optimization of inlet air filtration for GTs. Dale Grace, Principal Technical leaders at the Electric Power Research Institute (EPRI), said that selecting the appropriate level of filtration for a GT helps to minimize overall costs and maximize revenue.

Air filtration efficiency is a nonlinear function of particle size. Minimum Efficiency Reporting Value (MERV) ratings are used to rate the ability of an air cleaner filter to remove dust from the air as it passes through the filter. The higher the MERV number, the higher the rating. F8 is a HEPA filter.

The bottom axis of the chart shows particulate matter (PM) size measured in microns. PM10 equates to cumulative concentration of small particles under 10 microns in size, and PM2.5 is under 2.5 microns. Particle sizes under 2 microns are most likely to cause fouling of the compressor.

Looking at efficiency against particle size highlights the tremendous variation that exists, especially in lower efficiency filters. Grace urged attendees to conduct a thorough analysis that looks at multiple factors. As well as raw numbers, he said to consider initial costs, operational costs and ongoing maintenance costs for the filter.

EPRI recommended a complex methodology to account for all aspects of the life cycle. EPRI’s Air Filter LifeCycle Optimizer (AFLCO) software is a tool that attempts to account for the influence of the specific GT, operating conditions, ambient conditions, load profile, filtration choices, and wash type and frequency. It also attempts to quantify revenue and cost considerations over many years.

After the first aeroderivative was applied at Darwin LNG in 2006, there has been a continuing growth in the use of these engines for LNG mechanical drive. Natural gas accounts for a quarter of global energy demand of which 9.8% is supplied as LNG. LNG volume in 2016 was 258 MTPA (million tonnes per annum), a 13.1 MTPA increase over 2015. LNG production is predicted to jump at least 50% by 2035.

Some of the desirable GT characteristics for mechanical drive LNG duty are high fuel efficiency, multiple shafts for easier startup and turndown, a large power output to produce more LNG and shaft speeds to match refrigeration compressor requirements. Aeroderivatives satisfy all four characteristics and are also easily swapped out for maintenance purposes, which aids plant availability.

The aim is to generate the maximum amount of power when it is most needed. However, this is achieved at the expense of heat rate.

Duct firing entails burning additional fuel in the transition duct between the GT exhaust and the HRSG inlet. In many cases, though, the burners are located behind the first superheater and between the reheater tube banks. That is why duct firing could be more accurately referred to as supplementary firing.

“Under certain boundary conditions, duct firing in the HRSG can be a facilitator of efficiency improvement,” said Gulen. “When combined with aeroderivative GTs with highcycle pressure ratios and low exhaust temperatures, duct firing can be used for small but efficient combined cycle power plant designs as well as more efficient hotday power augmentation.”

This is a possible way for natural gas plants to better support variable renewable generation. In addition, repowering an obsolete coalfired power plant slated for retirement with a highly fired, singlepressure HRSG and an advanced GT can be a costeffective method to add capacity. The GT generates additional power while boosting steam cycle output.