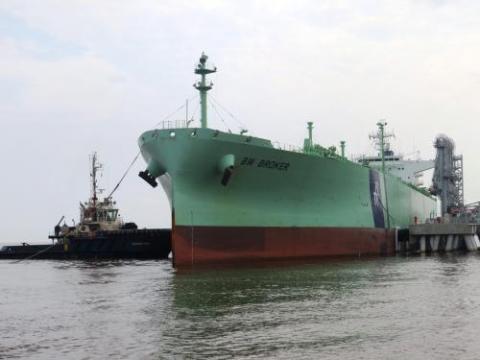 Angola LNG today announced the sale of its first LPG cargo from its plant in Soyo, the facility built to create value from Angola’s offshore gas resources.

The first cargo was sold to Sonangol, Angola’s state oil & Gas Company, on a Free on Board (FOB) Soyo basis and shipped by the LPG carrier BW Broker. All LPG and condensate products have been committed for sale to the shareholder affiliates of Angola LNG.

The LPG and condensate jetty was commissioned immediately prior to commencement of loading operations. Commissioning included the testing of safety devices, mooring arrangements and loading arms.

In addition to its LNG facilities Angola LNG’s liquids infrastructure at its production plant in Soyo includes storage tanks for 88,000 m3 of propane, 59,000 m3 of butane, and 108,000 m3 of condensate. It has a jetty dedicated to propane, butane and condensate loading and a second jetty for pressurised butane loadings which will serve the domestic market.

Today’s announcement marks a further milestone in the continued development of Angola’s oil and gas resources and provides a new source of energy for Angola and export markets.

Angola LNG Limited is an incorporated joint venture between Sonangol, Chevron, BP, ENI and Total that will gather and process gas to produce and deliver LNG and NGLs. The plant has an expected life of at least 30 years.