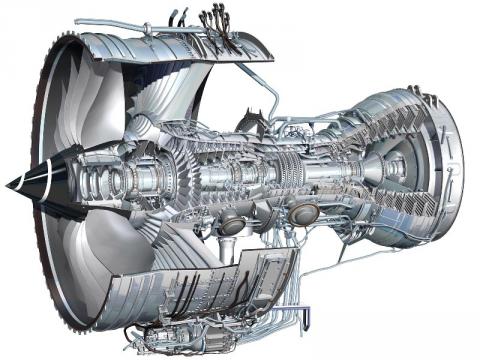 Diagnosis of vibration problems in turbomachinery

The initial steps to diagnose high vibration problems of turbomachines are:

3-      The vibration analysis should be carefully checked and verified by proper vibration tests and measurements.

Importance of bearing and rotordynamics study

The importance of proper bearing type and design should always be insisted. Tilting-pad bearings are appreciated nearly for any turbomachine applications; in addition to very high stability offered, the preload capability inherent in tilting-pad bearing designs (and the offset pivots) can result in the satisfactory oil film stiffness and damping even in lightly-loaded rotors of many turbomachines. This can result in reduced levels of shaft vibration and the satisfactory bearing life.

For a successful rotordynamics study, the entire turbomachine train should be analyzed, and all the supports and bearings should properly be introduced into the dynamic model. From theoretical point of view, the turbomachine system is usually a statically indeterminate system, in which the flexibility of bearings/supports and the flexibility of shafts, will determine the load distributions. In other words, loads could be function of the stiffness of bearing and support which could vary with the speed and many other operational parameters.

Effects of faults on vibration

Many problems with turbomachines are related to the bearings and seals. High vibrations and faults could be caused by the balance shift because of the rotating component fits (such as impellers, blade assemblies, others), improper installation of couplings, misalignment, poor foundations, fluid related instabilities (such as an incipient surge, rotating stall, and others), the pressure pulsation reflection in piping sections, light rubs, seal rubs, the poor lubrication of the bearings, and so forth. These malfunctions could affect the vibration of turbomachines.

Vibration monitoring is important in determining the condition of turbomachines. For example, a high vibration may be caused from an excitation mechanism of a gas labyrinth seal or from an aerodynamic excitation caused by pressure distortion in a high-pressure turbo-compressor. As another example for a turbo-compressor, the dynamic excitation mechanism could be the gas labyrinth seal of a balance drum. A solution could be to provide a purge flow at the balance drum’s entry so as to block and prevent the forward swirling flow from the last-stage impeller leakage to the balance drum.

Thermal movements of one or more rotor supports should be limited to a reasonable range. Sometimes a misalignment at ambient-temperature is provided to compensate changes at operating conditions; this method is not usually recommended; however it has been used for many machines. In this case, an excessive ambient-temperature misalignment (in an anticipation of the effect of thermal movement) can exceed the available running clearance in bearings at the ambient-temperature condition; this could lead to the bearing damage as soon as the machinery is operated (reaching the operating speed) before any thermal expansion takes place.

There is always concern that a misalignment (or an alignment deterioration during operation) with a coupling that has high angular stiffness could lead to a high loading on turbomachine bearing(s). A high misalignment set at the ambient condition (a pre-set at the ambient condition to achieve a good alignment during the operating conditions) combined with a high angular stiffness of the coupling could result in extremely high load during the ambient start-up conditions; such a high load could result in an immediate damage to bearing(s), even if the shafts eventually go into proper alignment at normal operating temperatures. When using a high angular stiffness coupling, the driver and driven equipment will not behaving as two independent machines; instead, there could be strong interactions between machineries connected together in a machinery train.

The case study is about a high vibration incident in a low-pressure (LP) overhung-impeller compressor. After one month of operation, it was reported that the vibration amplitude of the shaft, particularly on the inboard bearing (the bearing near the coupling) passed alarm limits and approached to a trip set point. The compressor train had tripped because of high vibrations. Inspections after the trip showed some seal and vibration damages. The reason of the failure was an improper coupling selection. A high angular stiffness coupling (a strong metallic disk coupling) was initially used which resulted in a very high loading on the bearing and seal combined with a misalignment; all these caused damages to these sensitive components. To solve the issue, the following corrective actions were taken simultaneously:

1-      A suitable coupling with a lower angular stiffness was selected (a sophisticated diaphragm-type coupling).

By these modifications, the compressor showed a satisfactory operation and a low operating vibration.

(Amin Almasi is a Chartered Professional Engineer in Australia and U.K. (M.Sc. and B.Sc. in Mechanical Engineering). He is a senior consultant specializing in rotating equipment, condition monitoring and reliability.)