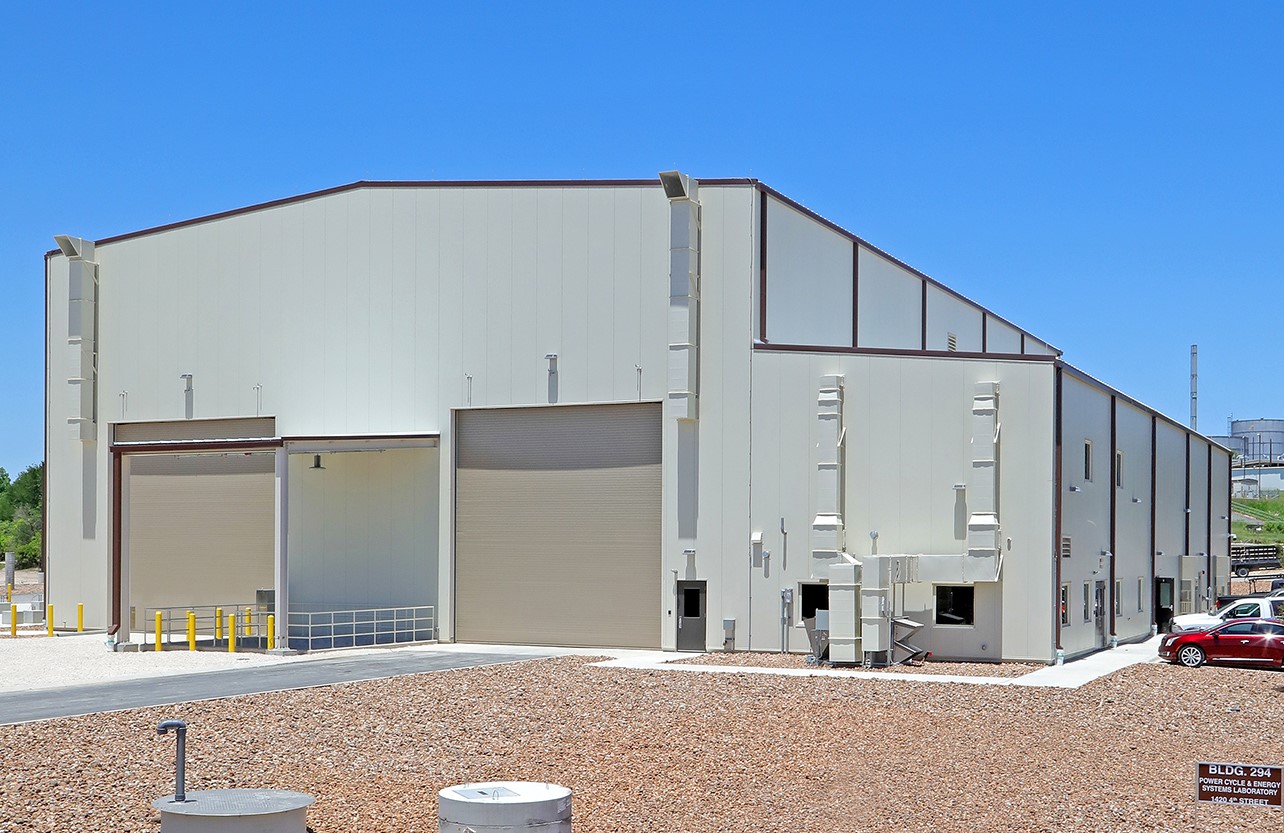 The Supercritical CO2 (sCO2) cycle will see significant potential benefits in efficiency, cost and environmental performance over the steam Rankine cycle, the most common method for electricity generation right now. Above its critical point, CO2 has properties of both a gas and liquid. With sCO2, there is no phase change, so it is compressible like gas, but with high density like a liquid. The power generation facility will use sCO2, instead of steam, in a Brayton thermodynamic cycle.

Along with the new building, the facility will comprise a separate electronics room and a 30-ton crane to support the project operation and construction of the sCO2 power block. Other equipment constructed on the facility’s five-acre site includes external heating elements and a cooling tower. Skid-mounted components will allow for reconfiguration to accommodate future testing on other sCO2-cycle-based power systems.

By the end of the STEP Demo’s six-year project, the operability of the sCO2 power cycle will be demonstrated and documented, starting with facility commissioning as a simple closed recuperated cycle configuration initially operating at a 500C (932F) turbine inlet temperature and progressing to a recompression closed Brayton cycle technology (RCBC) configuration operating at 715C (1,319F).

The project’s notable objectives are to demonstrate the potential for producing a lower cost of electricity in relevant applications, and the potential for a thermodynamic cycle efficiency of greater than 50%. The facility has been designed to be reconfigurable to accommodate future testing, including for system and cycle upgrades, new cycle configurations, such as cascade cycles or directly fired cycles, and new or upgraded components, such as for turbomachinery, recuperators, and heat exchangers.