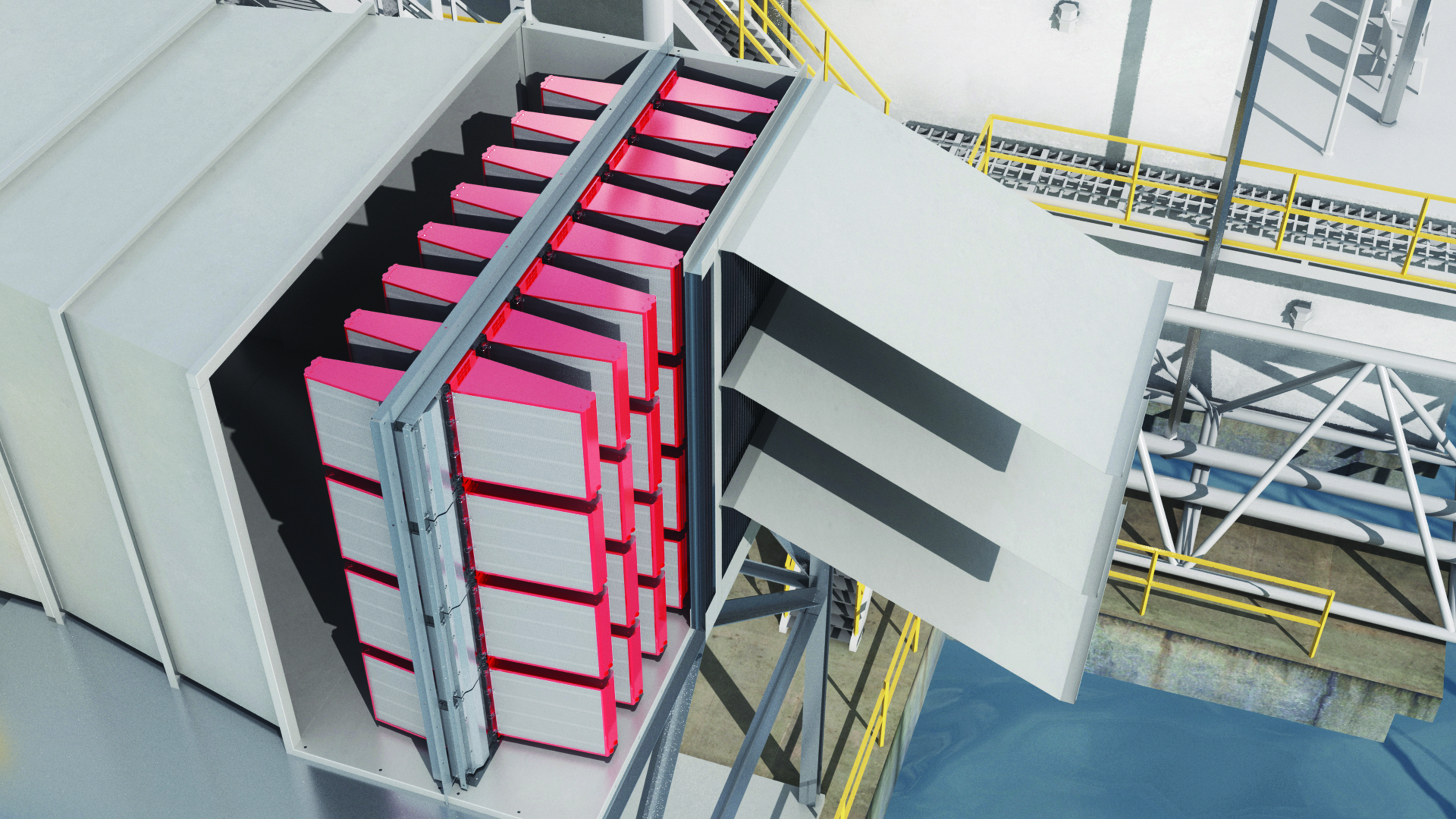 Air in the offshore environment contains numerous airborne particles that have the potential to harm gas turbines (GTs). These include water droplets, sea salt aerosols, salt in solution and sub-micron particulate, as well as industrial airborne particulates from burnt and unburnt hydrocarbons, drilling activities, mud burn and grit blast. When sour fuel is running, components within the turbine section are exposed to accelerated hot-end corrosion. This results from the combustion of sour fuel gas, rich in hydrogen sulphide (H2S), reacting with salt (NaCl) from the intake air.
Cooling passages on the turbine blades must remain free of contamination. If they are not protected, blockage can result in fatigue and cracking. Variable guide vanes and pneumatic parts are particularly exposed contamination and corrosion offshore. This can lead to seizure. Air filtration systems can promote better compressor cleanliness and long-term part integrity.

In Europe, products are tested and clarified in laboratories in accordance with EN779 and EN1822 use. EN filtration efficiency grades range from G1 to U17; the higher the number, the higher the level of filtration. In the GT market, filtration typically ranges from G3 to E12. Filters in the G3-M5 range are commonly used as pre-filters.
Typically, onshore modern GT filtration systems have a minimum of an F9 classification. Systems are now regularly commissioned with levels of filtration up to EPA E12. About 85% of offshore GTs are protected by small, high velocity filtration systems that fall into the pre-filtration classification range of G3-M5. These systems were widely adopted from the late 1970s. Selection was based on research by the National Gas Turbine Establishment on an ocean-going marine vessel. It involved taking samples of air from less than 10m above sea level as an indicator of offshore air quality. What was less well understood at the time was the difference in air quality between sea and platform level (30m) where most particles are sub-micron.
Testing at that time considered that 95% of offshore particles were above 5 micron, and that filter bags would be effective in arresting them. Recent research revealed that 98% of particles on offshore platforms are 1 micron or below (Table 2).
Traditional filter bags offer minimal filtration and particle arrestance for particles less than 1 micron. They are designed to allow water, moisture or fog to coalesce as it passes through the filter bags. This creates larger droplets that are captured by a downstream vane. However, some water and salt in solution passes through the vanes. Water can collect on the floor downstream of the bags and upstream of the final vanes. It evaporates over time, allowing salt crystals to be carried into the GT.

Table 1: A comparison between the aerosols from the National Gas Turbine Establishment (NGTE) and AAF platform measurement, highlighting the difference in particle sizes at platform level.

Air filters with EPA E12 classification capture 99.5% of particles at the Most Penetrating Particle Size (the most difficult size to capture at a predefined airflow speed.
When they first became available offshore, EPA E12 technology required a large equipment envelope. The air intake housing had to be replaced to lower airflow. This raised costs and foundation loads. That’s why it is primarily used on the platforms of super-majors. They invested in upgrades when oil prices peaked.
EPA E12 filtration is now available as a retrofit within high velocity filtration systems without the need of a larger filter house.EPA E12 cost effectively captures substantially more harmful particles than other filtration classes. The upgrade is designed to deal with large amounts of moisture and salt. This type of filtration reduces water washing frequency, increases production efficiency and lowers CO2 emissions, while providing longer operational life for the gas turbine. ■