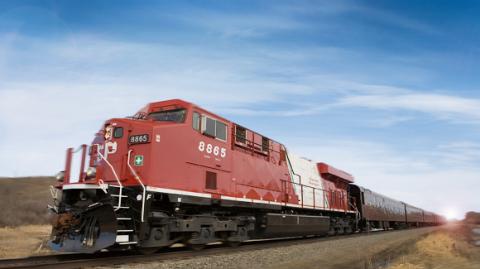 In his previous article, the author enumerated four reasons why the US should consider the GT-EL locomotive units once again. Here he discusses the potential areas where they can be used.

There are several places in the US where the GT-EL can be used, considering the low cost of natural gas. First of all, the coast-to-coast runs across the US can be targeted. The old Sun Set Limited Line from California to Florida could apply the GT-EL. The Texas shale gas supply could spot natural gas fueling points every 500 miles or so. Both freight trains and passenger trains, like the Amtrak, could incorporate a fleet of the modern-day GT-ELs.

Secondly, there are also transcontinental north-to-south runs to consider as potential routes where filling points can be installed. Here again, passenger and freight service can be offered. UPRR might look into such a possibility, and probably the company has already studied this possibility.

Specific short, high speed runs from highly populated areas such as LA to Frisco is a possibility, or from DC to NYC, where speed is important to capture more of the passenger market. Another area that could be considered is between Houston, San Antonio and Dallas. These routes could become competitive to the airlines where time to and from the airports, early check-ins and runway delays are giving passengers concerns. Passenger density is important for such routes. Another place where the GT-EL can be used is in the various railroad switch yards, which would use a much smaller sized unit.

The UPRR has by far the most experience in using gas turbines. In studying recent reports from the web, it appears that there are eight areas to consider if and when the GT-EL is used again, maybe this time by more than one company. They are:

Possibility of resurrecting the GT-EL

Over the past few years, little has appeared in the Press or in technical journals about the GT-EL. But in the past year, various railroad buffs and groups have taken note of the recent surge in shale natural gas production and several articles have appeared on the web about the possibility of resurrecting the GT-EL. Also, the Eccles Rail Center at the Utah State Railroad Museum, through the help of UPRR, is presenting a story of the past and the future of the GT-ELs. A video story is being narrated by historian Dan Kum at the museum.

These articles point to the fact that the GT-EL is not dead and the abundance of shale natural gas could make it possible for this 50-year-old locomotive concept to become a reality once again. Where there is smoke, there is fire. The pros and cons are now being openly discussed.

It is now the right time for the railroad companies across the US to rethink the use of the 60-year-old GT-ELs. Also, both GE and GM EMD should dust off their old studies of the GT-EL and update them in light of the new abundance of natural gas here in the USA, improvements that have been made in gas turbines the past 10 years and how natural gas handling has been made safer, and ensure that it is safe for use now.  Manufacturers of gas turbines should get involved by giving pertinent data to the railroad company engineers and packagers. Studies should be initiated about the installation of natural gas filling and storage points along railroad lines. Proper design of fuel storage, fuel tenders and filling procedures should be initiated. Then each railroad company needing new locomotives, after close evaluation, can say, “What goes around really does come around” and that the shale natural gas burning GT-EL is the right choice of locomotive for them.

(This article is the concluding part of a series by the author.)

Can the gas turbine-electric locomotive make a comeback?

How rising fuel costs forced the retirement of Frame 3 and 5 units in U.S. locomotives

Ivan G. Rice was past chairman of the South Texas Section of ASME (1974 – 75), past chairman of the ASME Gas Turbine Division (now IGTI) (1975 – 76). A Life Fellow Member of ASME and Life Member of NSPE/TSPE, he has authored many articles and ASME papers on gas turbines, inter-cooling, reheat, HRSGs, steam cooling and steam injection.