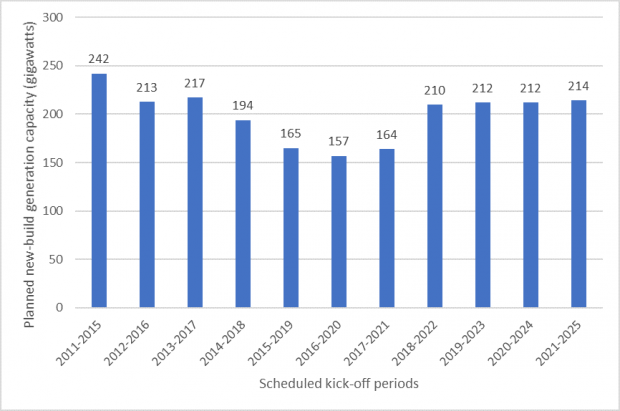 (Editor’s Note: The Turbomachinery International Handbook 2021 is being finalized for publication at the time of writing. But its U.S. POWER INDUSTRY OUTLOOK 2021 report by IIR contains some fascinating data. So here is an excerpt from the article. A much more comprehensive version will shortly be made available in the upcoming Handbook).

Energy issues typically don’t move voters, with a few narrow exceptions. That seemed particularly true in the presidential election season. The Covid-19 pandemic and the social and economic calamity it created crowded out nearly every other issue.

Both presidential candidates had energy platforms. But rare was the TV talking head who argued for one or the other candidate based on their energy plans.

Energy companies have a keen interest in who occupies the White House, of course, no less than who controls the House and Senate. Regulations, laws and presidential decrees shape the business environment in which the electricity business operates. But as the Trump administration continued its efforts to achieve “energy dominance,” largely through regulatory action, the focus has largely shifted to courts and corporate boardrooms.

For example, no utility dismantled its environmental remediation equipment after the administration revised the Mercury and Air Toxics Standards (MATS) rule in mid-2020 to shift the calculation of environmental benefits. In the same way, no power plant developer announced plans to build new coal-fired generation after the Trump administration replaced the Obama-era Clean Power Plan with its own Affordable Clean Energy (ACE) plan in 2019. Both are being litigated, and the results could shape the industry’s evolution in the coming years. The market, including new technologies, shifting fuel costs and popular opinion, has largely replaced the presidential megaphone as the main driver of energy policy.

The transformation of the U.S. electric generation industry continued in 2020. However, several companies pressed the “pause” button on construction plans for new generation as the nation struggled to defeat the pandemic and repair the economic destruction it caused.

Still, the broad outlines for the 2021-2025 period are clear: renewables, often buttressed by battery energy storage systems (BESS), are expected to continue to crowd out coal and, increasingly, gas-fired new-build generation.

Electricity demand growth, anemic before Covid-19, took a dive as businesses closed and many worked remotely. Residential electric demand grew, but not enough to offset the loss of commercial & industrial load. As states reopened their economies during the summer and infection rates soared, commercial establishments like bars, restaurants and theaters were once again shuttered, causing electricity demand to fall a second time.

Covid-19 therapies could come in 2021. But the reality is that the 2021-2025 period will start off on a depressed baseline for the industry.

Social trends and norms like working remotely could have a longstanding impact across the U.S. economy. Increased digitization means more work can be done remotely. Who wouldn’t opt for Zoom meetings in their den instead of a drive-time slog? Over the course of 2020, employees and employers grew more comfortable with remote working arrangements.

Note that this is a particularly dynamic market. While their zero fuel costs give renewable energy projects a cost advantage compared with other types of generation, many renewable projects will require backup power. That points to increased demand for gas turbines and gas-fired reciprocating engines.

Longstanding trends like the decline in coal used to generate electricity and the declining number of people working as coal miners accelerated in 2020. Though coal use by electric generators is expected to increase a bit in 2021, there is little reason to think either trend will take a significant, longstanding positive turn over the next five years.

You read the entire eight-page report complete with dozens of graphs and charts in the Turbomachinery International Handbook 2021.