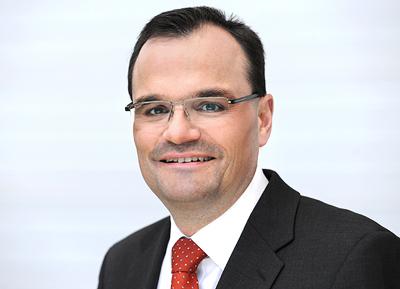 Markus Tacke has been appointed CEO of Siemens Energy Sector’s Wind Power Division and will take the helm on August 1, 2013. The 48-year-old Tacke succeeds Felix Ferlemann who, at 53, is leaving the company by mutual agreement to pursue new career challenges. Until now, Tacke has been CEO of the Energy Sector’s Industrial Power Business Unit, responsible for Siemens’ industrial power generation business worldwide.

Markus Tacke studied mechanical engineering at the Technische Universität Darmstadt, where he completed his doctoral degree. He also earned a Master of Engineering degree from Cornell University in Ithaca, New York in the United States. Before joining Siemens AG in 1998, Tacke had been active for the construction firm Wayss & Freytag AG at their unit for commissioning of large-scale machinery. At Siemens, he has been serving as CEO of the Industrial Power Business Unit at the Energy Sector’s Oil & Gas Division since October 2009. Before that, he had been responsible for the worldwide business of Siemens in industrial steam turbines.

Felix Ferlemann had been active at Siemens Wind Power since October 2011. Holder of a doctorate in mechanical engineering, he had previously been in charge of automotive chassis systems at Benteler-Automobiltechnik GmbH.

Mario Azar (47) has been appointed CEO of the Solutions Business Unit in the Oil & Gas Division of Siemens’ Energy Sector effective July 1, 2013. Prior to this appointment, he was Executive Vice President of Siemens Energy’s Gas Turbine Power Plant Solutions in the Fossil Power Generation Division since 2008 with responsibility for the business in North and South America.

Mario Azar received his university education in the USA and graduated from the University of North Carolina at Charlotte in 1989 with a degree in Electrical Engineering. He started his career at Westinghouse Electric Corporation in 1990. Before and after the power generation business of Westinghouse was acquired by Siemens, Azar occupied various positions in Energy gaining broad and diverse experience in the business with International experience in China and Germany.  Azar speaks English, Arabic, and French and is a citizen of the USA.

Adil Toubia, CEO of the Oil & Gas Division of Siemens Energy said, “Mario Azar brings to this business over 23 years of experience in Energy with a proven track record in the Projects business.”